Slow No Tempo was formed in the fall of 2018. Following his adventures in the Lower Mainland and Victoria studying music at university, Ryan had recently returned to Kamloops and contacted his long-time friend, past quartet collaborator, and original founding member of Slow No Tempo, Alex Bell, about forming a new group. They turned to their old friend Graham who had also fairly recently returned to Kamloops. Simon had the perfect timing to mention to Ryan that he’d always wanted to sing in a quartet literally the day after Graham was approached, and thus we were four.

We sing a wide variety of music; from rock to sea shanties to jazz to barbershop and everything in between, all with our beautiful blend of voices and unique brand of humour. We have wowed audiences at everything from gala events to the Farmer’s Market. Every year we pick a local charity for our Singing Valentine fundraiser.

The quartet is a prime example of what can happen when you fund music education initiatives: We are all products of our school music programs, and 3 of the 4 of the founding members initially met in our youth at the Kamloops Interior Summer School of Music. 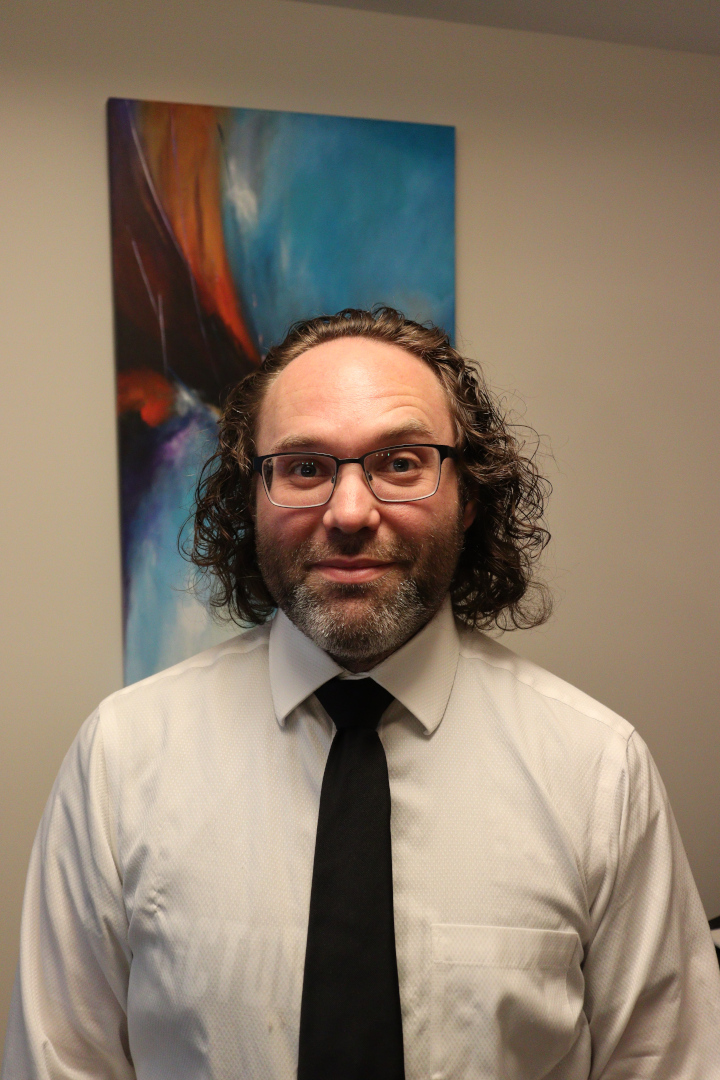 Born and raised in Kamloops, Ryan grew up thinking life was a musical with his parents constantly playing and singing along with records. An accomplished singer, he has been a member of numerous choirs and vocal groups, including the highly successful a cappella quartet SARV that performed around Kamloops to rave reviews in the late 90s and early 2000s. He went away to pursue a music education, earning his BMus from UVic and MMus from UBC, both times majoring in composition. He is now an international award-winning composer. Happily back in Kamloops, he has transitioned from singing with the Cantabile Singers to taking on the role of Music Director for the choir, and plays trumpet with the Kamloops Community Band. 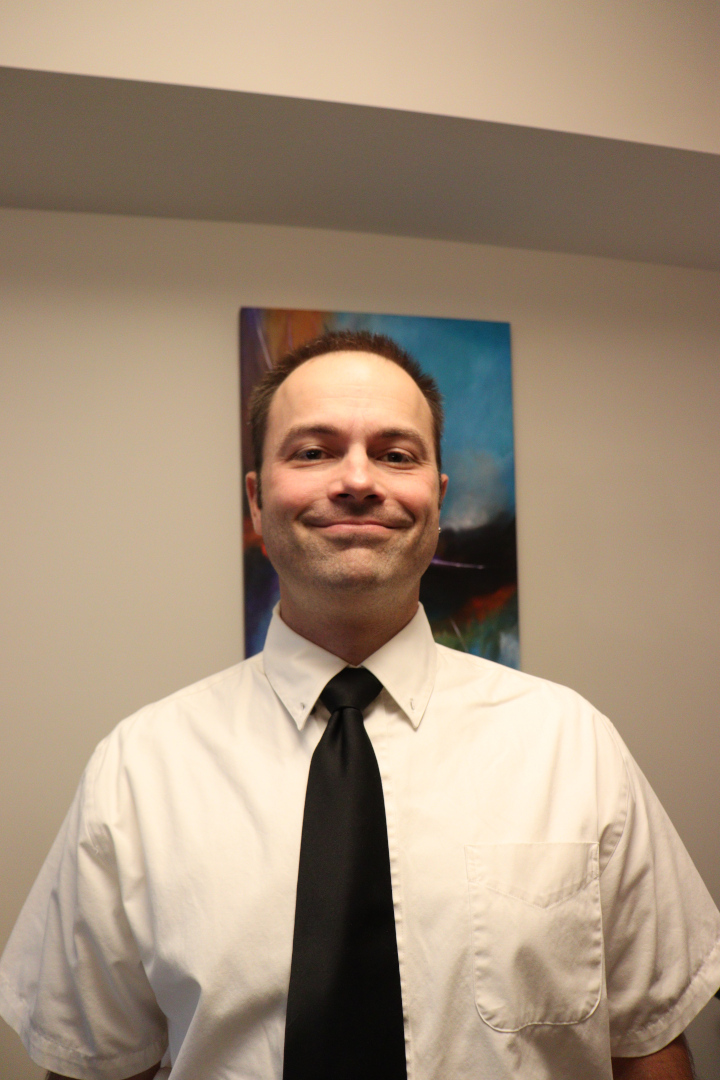 During his music degree, Graham had the good fortune to sing and tour the world with the UVIC Chamber Singers and Prima Youth Choir under Dr. Bruce More. There were great times too with gigging Ska and Cuban Salsa bands, church choirs and even a few seasons with the Butchart Gardens Christmas Carolers.

On completing his music degree, Graham lived and taught in South Korea for roughly ten years where he sang with the Sokcho City Choir. On return to Canada in 2014, he worked as an English instructor at TRU, and currently works with Kamloops Immigrant Services, commuting by bicycle. 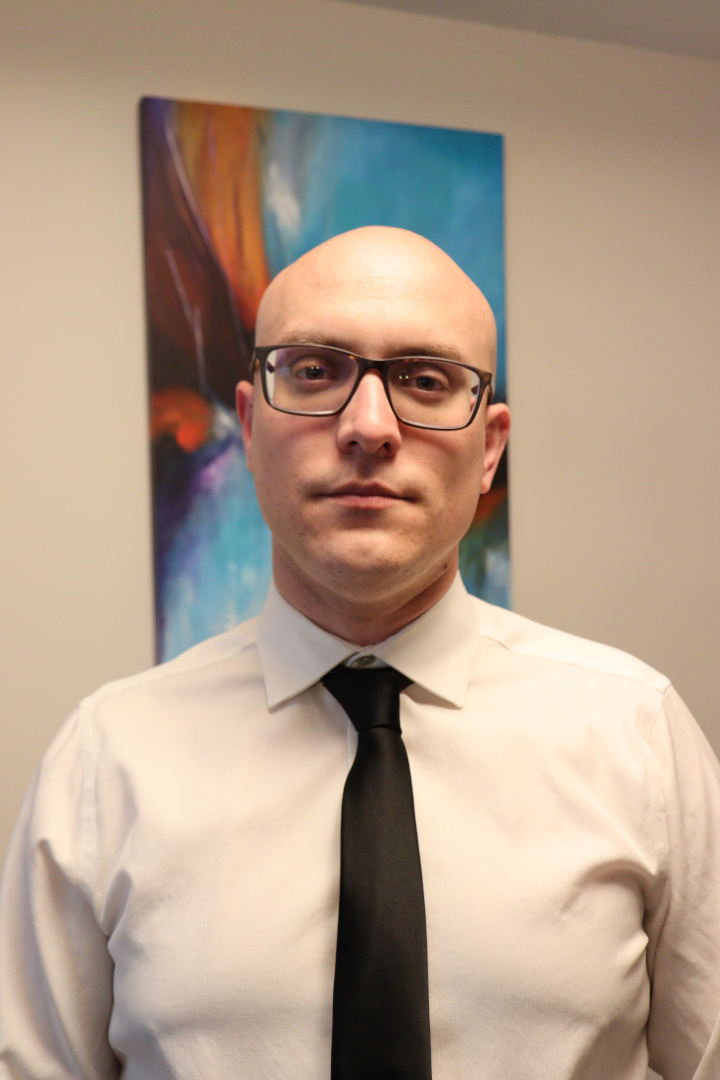 Simon has called Kamloops home for over 27 years, and works as a lawyer with Cates Ford Soll & Epp, Barristers & Solicitors, practicing primarily in the area of Family Law. In his spare time, he performs with local singing groups, including the Cantabile Singers. He can also be found playing in and refereeing local soccer leagues in warmer months. He stays active in the community through his involvement with the Kamloops Bar Association, the Kamloops Collaborative Family Law Association, and the Kamloops Symphony Society.

Simon is thrilled to add to his nerdy hobbies by singing in harmony with three other dudes on a regular basis.

In the journey of life, change is pretty much a guarantee. This is also true of the membership of the quartet. We'd like to thank everyone who has previously performed with us for all their invaluable contributions to Slow No Tempo. Here now are all the amazing humans who have been past members of the quartet.

Alexander Bell:
Alex was a founding member of the quartet. A 10 year veteran of KISSM a member of Serious Options and an alumni member of the Cantabile Singers, Alex has sung or played in every corner of Kamloops in the 41 years he has called it home. He has thumped in Caliente, tooted in Kamloops Community Band tinkled in Thompson Valley Orchestra, and Broken a 5th or two.

Matt Fichter:
Matt Fichter is a professional educator and musician. Having conducted and participated in a variety of instrumental and choral groups, Matt is no stranger to performing. He found his love for chamber music while studying at the University of Victoria, with frequent performance opportunities as a part of the Sobremesa Saxophone Quartet. His choral experience started with his family on road trips, and has since expanded with community choirs, choral scholarships, and most recently, Cantabile Singers.